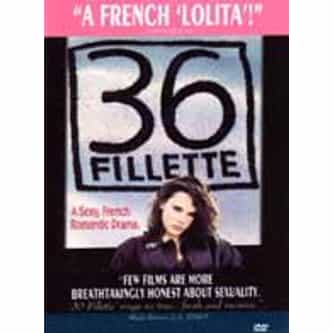 36 Fillette is a 1988 French film starring Delphine Zentout and Oliver Parniere, directed by Catherine Breillat. It is the story of a sexually curious and rebellious 14-year-old who has an emotionally charged and dually manipulative relationship with an aging playboy. Breillat is known for films focusing on sexuality, intimacy, gender conflict and sibling rivalry. Breillat has been the subject of controversy for her explicit depictions of sexuality. ... more on Wikipedia

36 Fillette IS LISTED ON