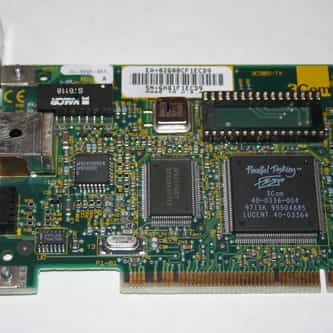 3Com Corporation was a digital electronics manufacturer best known for its computer network infrastructure products. The company was co-founded in 1979 by Robert Metcalfe, Howard Charney, Bruce Borden, and Greg Shaw and recruited Bill Krause from HP to be its President in February 1981 when it raised its first round of venture capital. Metcalfe has explained that he came up with the name 3Com as a contraction of "Computer Communication Compatibility", with its focus on deploying ... more on Wikipedia

3Com IS LISTED ON