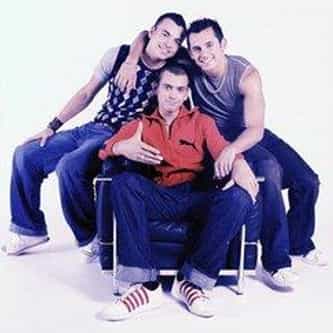 3SL were a short lived Welsh pop group made up of Steve, Ant and Andy Scott-Lee. They are the brothers of Steps singer, Lisa Scott-Lee, who also managed the group. They originated from Rhyl in North Wales. The group's first single, "Take It Easy", reached No.11 in the UK Singles Chart in April 2002. Their follow-up single, "Touch Me Tease Me", reached number 16, and the band was subsequently dropped by the record label, Sony, leaving their self-titled debut album ... more on Wikipedia