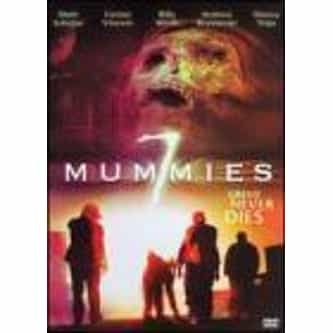 While being transported through the Arizona desert in a van six convicted prisoners escape after a car accident. Their leader kills the security guard and they kidnap a female guard trying to reach the Mexican border. In their runaway they find a gold medallion and later they reach the house of an old Apache and they ask the direction to reach Mexico. The Apache tells them that in the opposite direction there is a hidden Spanish treasure. They decide to seek the gold and they stumble into

7 Mummies IS LISTED ON