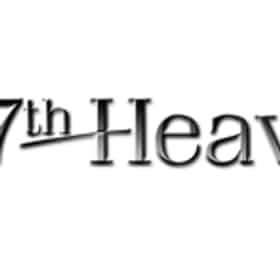 7th Heaven is an American family drama television series, created and produced by Brenda Hampton. The series premiered on August 26, 1996, on The WB, the first time that the network aired Monday night programming, and was originally broadcast from August 26, 1996 to May 13, 2007. The series finale was scheduled for May 8, 2006; however, the show was renewed by The CW when the intended final episode received high ratings. The final season premiered on Monday, September 25, 2006 and ended on May 13, 2007. 7th Heaven is the longest-running series on The WB. It is also the longest-running show produced by Aaron Spelling. Dan Foliart composed the theme song "7th Heaven", which is ... more on Wikipedia

#4 of 13 The Most Insufferable TV Parents 1.1k VOTES Not all TV parents can be as wholesome and picture-perfect as Ward and June Cleaver, nor as relatable - and fallible - as Ro...
#40 of 114 The Best Shows About Families 14.2k VOTES The best shows about families are those sitcoms and family shows that give us a break from our own families and give us a pe...
#1300 of 1,328 The Best Guilty Pleasure TV Shows 19.7k VOTES List of the best guilty pleasure TV shows, past and present, including sitcoms, dramas, reality shows, and game shows. These...
#77 of 686 The Greatest Shows of the 1990s, Ranked 262.9k VOTES In the 1990s, television was one of the fastest growing mediums. More TV shows were popping up than ever before, and ratings...
#25 of 195 People who voted for 7th Heaven... also upvote Alien Franchise on The Greatest Sci-Fi Movies of All Time What Shows Do You Most Want on Netflix Streaming? 195.2k VOTES What TV shows do you most want on Netflix streaming? While Netflix does offer some great streaming TV shows, and will likely...
#40 of 69 People who voted for 7th Heaven... also upvote Harry Potter Franchise on The Best Film Adaptations of Young Adult Novels The Best CW Shows 104.9k VOTES This list of the top current and cancelled The CW Television Network TV series includes the date when each show first aired,...
#90 of 476 The Best Television Shows of the 2000s 148k VOTES Some great TV shows came out of the 2000s, while some have even lived on. Here's a list of the best shows that aired from 20...
#14 of 80 The Best WB Television Network TV Shows/Programs 2.9k VOTES For many of us, shows on the WB were responsible for informing our early years, teaching us that love is complicated, your f...
#18 of 42 The Best 2000s Teen Shows 16.3k VOTES These are the best 2000s teen shows, ranked from best to worst by young adult TV show fans all over the world. Some of these...
#16 of 25 The Best Live-Action TV Shows Starring Animals 384 VOTES Actors work hard to bring characters to life. However, there are numerous live-action TV shows where the standout character ...
#19 of 43 The Best Comedy Shows About Big Families 1.5k VOTES Large families are the perfect subjects to create sitcom gold. The best big family comedy shows feature diverse characters b...
#26 of 30 Good TV Shows for 10 Year Olds 1.1k VOTES Choosing the best TV shows for 10-year-olds to watch - or at least guiding what they watch - can be complicated. They may be...
#34 of 40 Good TV Shows for 13 Year Olds 3.8k VOTES Picking out what is a good TV show for 13 year olds is particularly tricky. There often feels like a big gap between "k...
#27 of 39 The Greatest TV Shows About Growing Up 492 VOTES We all did it (or are doing it): growing up is simply a part of life so it should come as no surprise many TV shows are abou...

7th Heaven is also found on...