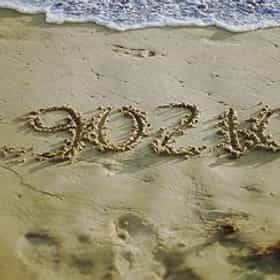 90210 is an American teen drama television series, developed by Rob Thomas, Gabe Sachs and Jeff Judah, that aired on The CW from September 2, 2008 to May 13, 2013. It is the fourth series in the Beverly Hills, 90210 franchise created by Darren Star. The series was produced by CBS Television Studios. 90210 follows the lives of several wealthy students attending the fictional West Beverly Hills High School. The show later focuses on the same group of friends when they graduate and begin their lives in the adult world. Some attend college at California University, while others begin exploring avenues beyond post-secondary education. ... more on Wikipedia

#507 of 590 The Best TV Theme Songs of All Time 323.2k VOTES The best TV theme songs and TV intros of all time will take you back to some of the greatest moments in TV. Television theme...
#86 of 201 The Greatest TV Shows for Women 119k VOTES Behold, a complete list of the greatest TV shows for women, ranked by ladies who love to watch television! For stay-at-home ...
#350 of 383 The Best TV Shows of The Last 20 Years 1.5M VOTES This best TV show list represents the combined opinions of thousands of TV fans. Anyone can vote on this list of the best TV...
#71 of 141 The Worst TV Series Finales Ever 164.7k VOTES The worst final episodes of great TV shows have a history almost as old as TV itself. Whenever an audience becomes so invest...
#38 of 94 The All-Time Best Primetime Soap Operas 8.8k VOTES Soap operas have been a staple of the television world since they first gained traction in the 1950s. However, it wasn’t unt...
#38 of 59 The Best TV Reboots & Revivals 19.4k VOTES This list contains information about the best TV reboots, ranked from best to worst by user votes. The top TV reboots come i...
#19 of 21 What to Watch If You Love The Notebook 471 VOTES If you’re looking for TV shows and movies like The Notebook, you’ll find some excellent options here. For The Notebook fans ...
#14 of 37 2013's Canceled Shows 10.9k VOTES This list of 2013's canceled shows is expected to grow as the months drag on and networks decide, for whatever reason, that ...
#12 of 35 What to Watch If You Love 'Friday Night Lights' 249 VOTES Friday Night Lights is a sports drama based on the book and film of the same name that garnered the love and affection ...
#16 of 36 The Greatest TV Shows About Rich People 3.3k VOTES They say money is the root of all evil and that may be why TV shows about rich people are so fascinating to those of us with...
#7 of 26 The Best Spin-Offs of the 2000s 348 VOTES The best 2000s spin-off series are comedies, dramas, and everything in between. These are the best of the best that aired on...
#25 of 33 The Best Spin-Offs of the 2010s 499 VOTES Spin-offs have always been a huge part of television programming, and with the rise of Peak TV in the 2010s it seems there's...