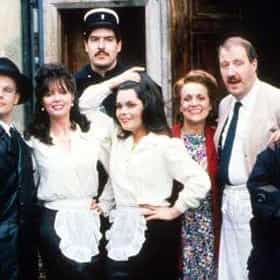 'Allo 'Allo! is a BBC television sitcom broadcast on BBC1 from 1982 to 1992, comprising eighty-five episodes. A repeat is aired in the 'Afternoon Classics' on BBC2 since 27 March 2015. The story is set in a small-town café in German-occupied France during WWII. It is a parody of another BBC programme, the drama Secret Army. 'Allo, 'Allo! was created by David Croft, who also wrote the theme music, and Jeremy Lloyd. Lloyd and Croft wrote the first six series. ... more on Wikipedia