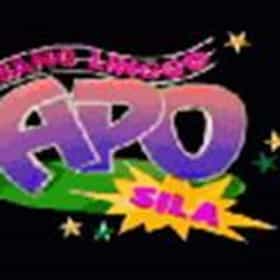 'Sang Linggo nAPO Sila was a daily noon-time variety show of ABS-CBN that aired from February 6, 1995 to November 28, 1998. It was hosted by the APO Hiking Society. Some of the original co-hosts included Bing Loyzaga, Michelle Van Eimeren, Agot Isidro, Lara Melissa de Leon, Amy Perez, John Estrada, Rannie Raymundo and Roderick Paulate. The show was a spinoff of ABS-CBN's popular Sunday noon-time show Sa Linggo nAPO Sila. It was one of the new shows launched by the network in 1995 as part of their "Primetime on Daytime" block after Eat Bulaga! moved from ABS-CBN to GMA. It aired live daily from ABS-CBN's studio at the Delta Theater until it moved to Studio 3 at the ABS-CBN ... more on Wikipedia