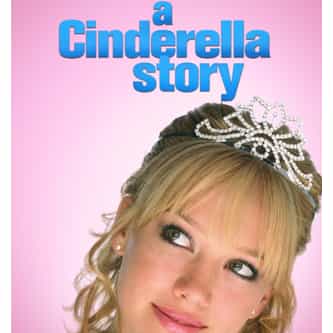 Tagline
Once upon a time.... Can happen anytime.

A Cinderella Story is a 2004 American teen romantic comedy film. The film stars Hilary Duff, Chad Michael Murray, Jennifer Coolidge, and Regina King and was directed by Mark Rosman. The film's plot revolves around two Internet pen pals who meet at a school dance and fall in love but two different worlds keep them apart. It received negative reviews from critics, but was a commercial success. The film was followed by two direct to video sequels, Another Cinderella Story and A Cinderella ... more on Wikipedia

A Cinderella Story IS LISTED ON