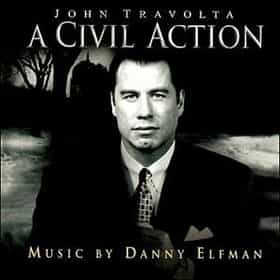 A Civil Action is ranked on...

A Civil Action is also found on...