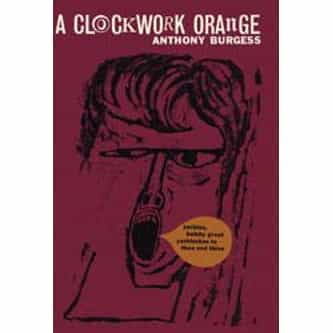 A Clockwork Orange is a dystopian novella by Anthony Burgess published in 1962. Set in a near future English society that has a subculture of extreme youth violence, the novella has a teenage protagonist, Alex, who narrates his violent exploits and his experiences with state authorities intent on reforming him. When the state undertakes to reform Alex—to "redeem" him—the novella asks, "At what cost?". The book is partially written in a Russian-influenced argot called ... more on Wikipedia

A Clockwork Orange IS LISTED ON