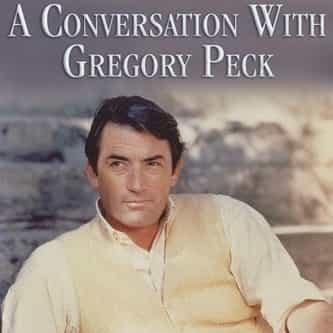 A Conversation with Gregory Peck

A Conversation With Gregory Peck is a 1999 film directed by documentary filmmaker Barbara Kopple. Kopple followed the actor as he embarked on a live speaking tour throughout the United States reflecting on his life and career. The film also looks at Peck's home life with his family, as well as his public appearances where he meets such notable individuals as then President of the United States Bill Clinton, then French President Jacques Chirac, and filmmaker Martin Scorsese. A Conversation ... more on Wikipedia