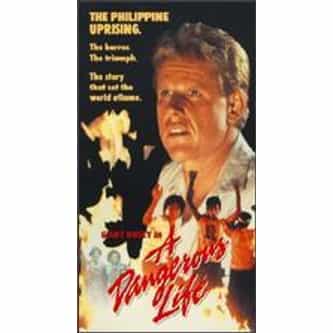 A Dangerous Life is a 1988 English-language Australian film about the final years of the Philippines under Ferdinand Marcos' rule, from the assassination of Benigno Aquino, Jr. in 1983 to the People Power EDSA Revolution in 1986 that ousted Marcos. The film focuses on American TV journalist Tony O'Neil, who finds himself in the middle of key events that lead to the downfall of the Marcos regime. Originally airing on television as a mini-series that ran for a total of six hours, the film ... more on Wikipedia

A Dangerous Life IS LISTED ON