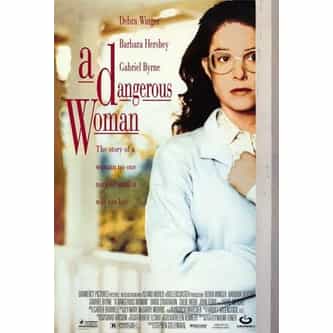 A Dangerous Woman is a 1993 film directed by Stephen Gyllenhaal. The screenplay was written by his then wife Naomi Foner, loosely based on the award winning novel of the same name by Mary McGarry Morris. The feature was co-produced by Amblin Entertainment and Gramercy Pictures and stars Debra Winger, Barbara Hershey, Gabriel Byrne and Gyllenhaal and Foner's two children, Jake and Maggie Gyllenhaal, both of whom would later go into acting. Debra Winger was nominated for a Golden Globe Award ... more on Wikipedia

A Dangerous Woman IS LISTED ON