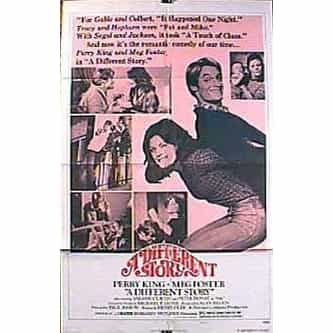 A Different Story is a 1978 American film set in Los Angeles. It stars Meg Foster and Perry King and was directed by Paul Aaron. It tells the story of a gay man and a lesbian who become temporary housemates but end up falling in love with each other. The film was rated R by the Motion Picture Association of America. While the depiction of the relationship in the film has been lauded, the film has been heavily criticized for stereotyped portrayals of homosexuality and its message that a ... more on Wikipedia

A Different Story IS LISTED ON