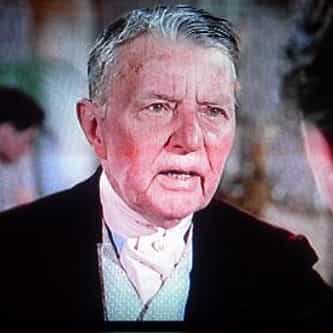 Alfred Edward Matthews, OBE (22 November 1869 – 25 July 1960), known as A. E. Matthews, was an English actor who played numerous character roles on the stage and in film for eight decades, and who became known for his acting longevity. Already middle-aged when silent films began production, he enjoyed increasing renown from World War II onwards as one of the British cinema's most famous crotchety, and sometimes rascally, old men. ... more on Wikipedia

A. E. Matthews IS LISTED ON