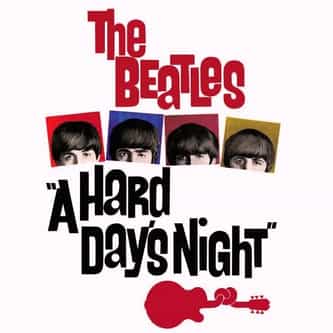 A Hard Day's Night is a 1964 British black-and-white comedy film directed by Richard Lester and starring the Beatles—John Lennon, Paul McCartney, George Harrison and Ringo Starr—during the height of Beatlemania. It was written by Alun Owen and originally released by United Artists. The film portrays several days in the lives of the group. The film was a financial and critical success. Time magazine rated it as one of the all-time great 100 films. British critic Leslie Halliwell described ... more on Wikipedia

A Hard Day's Night IS LISTED ON