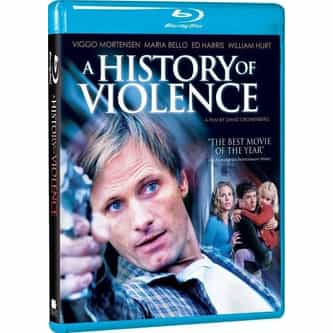 Tagline
Everyone has something to hide.
Tom Stall had the perfect life... until he became a hero.

This film is a 2005 American thriller film directed by David Cronenberg and written by Josh Olson. It is an adaptation of the 1997 graphic novel of the same name by John Wagner and Vince Locke. The film stars Viggo Mortensen as the owner of a small-town diner who is thrust into the spotlight after taking out two wrong doers in self-defense, thus forcing him to confront his past. The film was in the main competition for the 2005 Palme d'Or. The film was put into limited release in the ... more on Wikipedia

A History of Violence IS LISTED ON