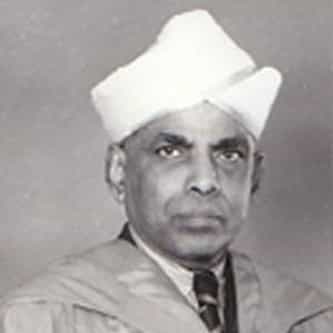 Diwan Bahadur Sir Arcot Lakshmanaswami Mudaliar, FRCOG, FACS (14 October 1887 – 15 April 1974) was an Indian educationist and physician. He was the identical younger twin brother of Sir Arcot Ramasamy Mudaliar. Initial education was in Kurnool and they moved to Chennai in 1903.He pursued his education from the prestigious Madras Christian College. He later went on to become the longest serving Vice-Chancellor of Madras University (for 27 years) and principal of Madras Medical College. He ... more on Wikipedia