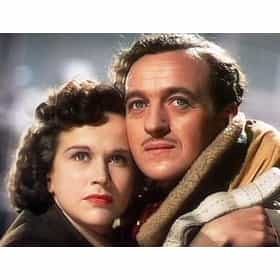 This film is a romantic fantasy film created by the British writing-directing-producing team of Michael Powell and Emeric Pressburger, and set in England during the WWII. It stars David Niven, Roger Livesey, Raymond Massey, Kim Hunter and Marius Goring. The film was originally released in the United States under the title Stairway to Heaven, which derived from the film's most prominent special effect: a broad escalator linking Earth to the afterlife. The decision to film the scenes of the Other World in black and white added to the complications. ... more on Wikipedia

A Matter of Life and Death is ranked on...

A Matter of Life and Death is also found on...

Famous Movies From England List of All Fantasy Movies