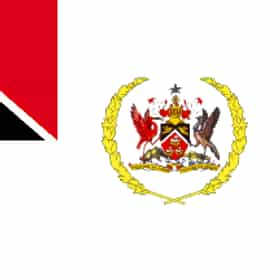 The Hon. Arthur Napoleon Raymond Robinson SC, OCC, TC (16 December 1926 – 9 April 2014; known as A. N. R. or "Ray" Robinson), was the third President of Trinidad and Tobago, serving from 19 March 1997 to 17 March 2003. He was also Trinidad and Tobago's third Prime Minister, serving in that capacity from 18 December 1986 to 17 December 1991. He is internationally recognized for his proposal that eventually led to the founding of the International Criminal Court. Robinson was the first active politician to be elected to the Presidency, and was the first presidential candidate who was not elected unopposed (the Opposition People's National Movement (PNM) nominated Justice ... more on Wikipedia