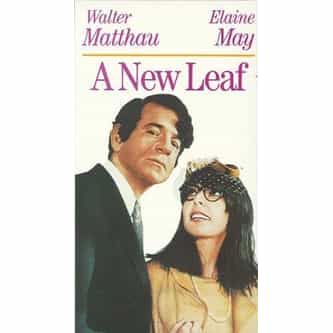 A New Leaf is a dark comedy film based on the short story The Green Heart by Jack Ritchie, starring Elaine May, Walter Matthau, George Rose and James Coco. Better known for her collaboration as a stage comedienne with The Graduate director Mike Nichols, May also wrote and directed. For this film May consulted Dr. Dominick Basile, a botany professor at Columbia University. Dr. Basile wrote botanically accurate lines into the script and supplied the botanical equipment seen in the film. May ... more on Wikipedia

A New Leaf IS LISTED ON