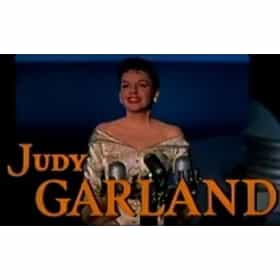 A Star Is Born is a 1954 American musical film written by Moss Hart, starring Judy Garland and James Mason, and directed by George Cukor. Hart's screenplay was an adaptation of the original 1937 film, which was based on the original screenplay by Robert Carson, Dorothy Parker, Alan Campbell, and from the same story by William A. Wellman and Carson, with uncredited input from six additional writers -- David O. Selznick, Ben Hecht, Ring Lardner, Jr., John Lee Mahin, Budd Schulberg and Adela Rogers St. John. In 2000, the 1954 film was selected for preservation in the US National Film Registry by the Library of Congress as being "culturally, historically, or aesthetically ... more on Wikipedia

A Star Is Born is ranked on...

A Star Is Born is also found on...

bring it down the house, 1940 academy awards, bodies movie 2016, best 2019 movies, words with action in them, movies playing in yakima, top 5 movies of all time, famous italian authors, space movies based on books, top 20 movies