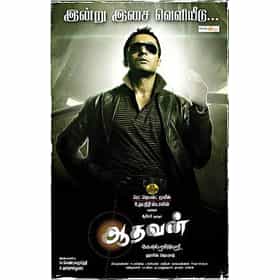 Aadhavan is a 2009 Tamil action film directed by K. S. Ravikumar and written by Ramesh Khanna. The film features Surya Sivakumar in the title role along with Nayantara in lead roles and Murali, Vadivelu, Anand Babu, Ramesh Khanna, B. Saroja Devi, Rahul Dev, Sayaji Shinde in its supporting cast. The music is composed by Harris Jayaraj. The film released on 17 October 2009. The film was dubbed into Telugu as Ghatikudu. It is also dubbed into Hindi as Dildaar The Arya. ... more on Wikipedia

Aadhavan is ranked on...

Aadhavan is also found on...