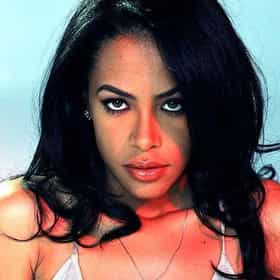 Aaliyah Dana Haughton (; January 16, 1979 – August 25, 2001) was an American singer, actress, and model. Born in Brooklyn, New York, and raised in Detroit, Michigan, she first gained recognition at the age of 10, when she appeared on the television show Star Search and performed in concert alongside Gladys Knight. At the age of 12, Aaliyah signed with Jive Records and her uncle Barry Hankerson's Blackground Records. Hankerson introduced her to R. Kelly, who became her mentor, as well as lead songwriter and producer of her debut album, Age Ain't Nothing but a Number. The album sold 3 million copies in the United States and was certified double platinum by the Recording Industry ... more on Wikipedia

The Best Songs Feat. Aaliyah 2k votes These are the best songs featuring Aaliyah. As a solo artist, Aaliyah has won awards (American Music Award for Favorite Soul...
Every Man Aaliyah Dated 2.2k views She was a beloved R&B star, but there were not many Aaliyah exes, due to her life being tragically cut short in 2001. Bu...

Aaliyah is ranked on...

Aaliyah is also found on...