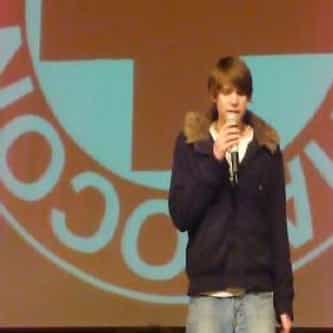 Aaron Mitchell Dismuke (born October 13, 1992) is an American voice actor, ADR director and script writer for Funimation. He is best known for his role as Alphonse Elric in the English dub for Fullmetal Alchemist, whom he voiced when he was 12 years old. He is also known for his directorial work for the English dubs of Nanbaka, Shomin Sample, Tsugumomo, Cheer Boys and Luck and Logic. He has since voiced many characters for anime, mostly dubbed by Funimation. ... more on Wikipedia