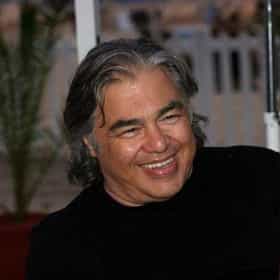 Aaron Russo (February 14, 1943 – August 24, 2007) was an American entertainment businessman, film producer and director, and political activist. He was best known for producing such movies as Trading Places, Wise Guys, and The Rose. Later in life, he created various Libertarian-leaning political documentaries including Mad as Hell and America: Freedom to Fascism. After a six-year period with cancer, Russo died on August 24, 2007. ... more on Wikipedia

Aaron Russo is ranked on...

#674 of 926 People We Wish Were Still Alive 3.3M VOTES RIP to our world's greatest achievers, those who changed the way we live and the ways we thought. This list of people we wis...
Famous People Named Aaron 24.5k VIEWS List of famous people named Aaron, along with photos. How many celebrities named Aaron can you think of? The famous Aarons b...
Libertarian Celebrities 189.4k VIEWS Who are the most famous Libertarian celebs? This list of Libertarians in Hollywood highlights some well-known Libertarian ce...

Aaron Russo is also found on...