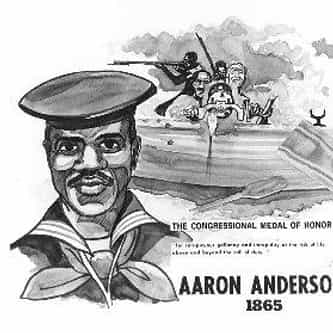 Aaron Anderson or Sanderson (1811 – January 9, 1886) was a Union Navy sailor during the American Civil War and a recipient of America's highest military decoration, the Medal of Honor. He was born in North Carolina and later lived in Pennsylvania where he worked as a cook until he joined the Navy at age 52. He was assigned to the USS Wyandank where he participated in blocking Confederate forces from getting supplies along the Potomac River. Shortly before the war ended he participated in a ... more on Wikipedia