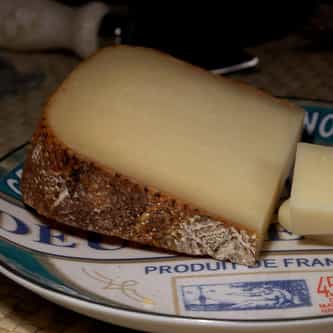 Abbaye de Belloc is a French Pyrenees, traditional farmhouse, semi-hard cheese from the Pays Basque region, made from unpasteurized sheep milk, with a fat content of 60%. The cheese is still made in the traditional manner by the Benedictine monks of the Abbaye de Notre-Dame de Belloc, at the commune of Belloc in the Ariège department of southwestern France. Production of this Ossau-Iraty cheese is regulated by A.O.C. laws. Abbaye is produced from the milk of a centuries-old breed of ... more on Wikipedia

Abbaye de Belloc IS LISTED ON