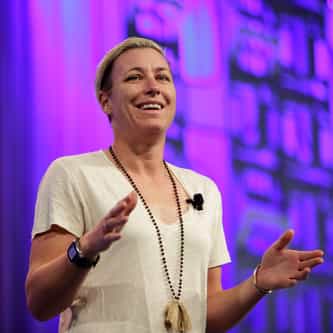 Schools
University of Florida
Our Lady of Mercy High School

Mary Abigail Wambach (born June 2, 1980) is an American retired soccer player, coach, two-time Olympic gold medalist and FIFA Women's World Cup champion. A six-time winner of the U.S. Soccer Athlete of the Year award, Wambach was a regular on the U.S. women's national soccer team from 2003 to 2015, earning her first cap in 2001. As a forward, she currently stands as the highest all-time goal scorer for the national team and holds the world record for international goals for both female and ... more on Wikipedia

Abby Wambach IS LISTED ON