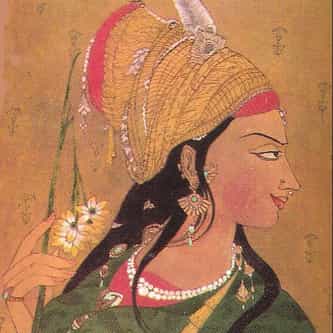 Abdur Rahman Chughtai (21 September 1894 – 17 January 1975) was a painter artist and intellectual from Pakistan, who created his own unique, distinctive painting style influenced by Mughal art, miniature painting, Art Nouveau and Islamic art traditions. He is considered to be 'the first significant modern Muslim artist from South Asia', and the national artist of Pakistan.He was given the title of Khan Bahadur by the British Empire in India in 1934, awarded Pakistan's Hilal-i-Imtiaz ... more on Wikipedia