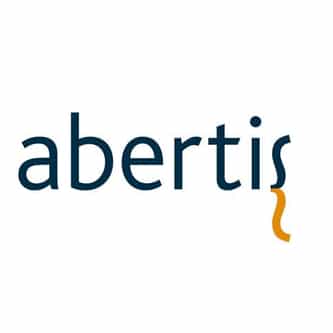 Abertis Infraestructuras, S.A. is a Spanish conglomerate corporation. The company runs 6,713 kilometres of motorways in Europe and operates more than a dozen airports in cities including London, Stockholm and Orlando. Abertis manages toll roads and parking garages, is owner of various television and radio transmission networks as well as of the concessionaire of London Luton Airport. Abertis is part of the IBEX-35 index and is being traded on the Bolsa de Madrid. Its headquarters are in ... more on Wikipedia