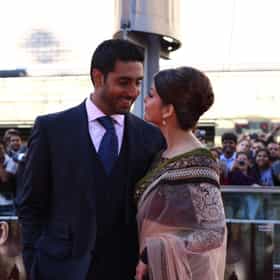 Abhishek Bachchan (born 5 February 1976) is an Indian film actor and film producer known for his work in Bollywood. Part of the Bachchan family, he is the son of actors Amitabh Bachchan and Jaya Bachchan. Bachchan made his acting debut in 2000 with J. P. Dutta's war film Refugee, and followed it by starring in over a dozen films which were both critical and commercial failures. His first commercial success came with the 2004 action film Dhoom, which changed his career prospects. Bachchan went on to earn critical appreciation for his performances in the dramas Yuva (2004), Sarkar (2005), and Kabhi Alvida Naa Kehna (2006), which won him three consecutive Filmfare Award for Best ... more on Wikipedia

Abhishek Bachchan is also found on...