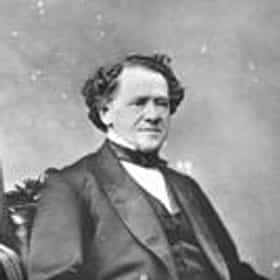 Abijah Gilbert (June 18, 1806 – November 23, 1881) was a United States Senator from Florida. Born in Gilbertsville, New York, Gilbert attended Gilbertsville Academy and entered Hamilton College (in Clinton, New York) in 1822 as a member of the class of 1826, but did not return the following year. He spent 1822 to 1850 engaged in mercantile pursuits in New York City before moving to St. Augustine, Florida in 1865. An early advocate of abolitionism, Gilbert was a strong supporter of the Whig Party and, later on, the Republican Party. He was elected to represent Florida in the United States Senate as a Republican, and served from 1869 to 1875 as part of the Reconstruction effort. During ... more on Wikipedia

Abijah Gilbert is also found on...