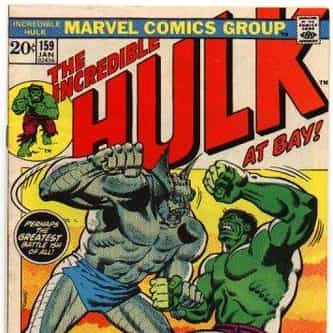 The Abomination (Emil Blonsky) is a fictional supervillain appearing in American comic books published by Marvel Comics. The character first appeared in Tales to Astonish #90 (April 1967), and was created by writer Stan Lee and artist Gil Kane, to be the rival of the Hulk. Debuting in the Silver Age of Comic Books, the Abomination has been featured in other Marvel-endorsed products such as arcade and video games, animated television series, merchandise such as action figures and trading ... more on Wikipedia

Abomination IS LISTED ON