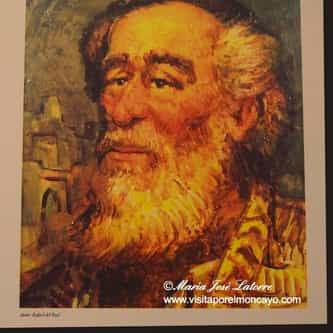 Abraham ben Meir Ibn Ezra (Hebrew: אַבְרָהָם אִבְּן עֶזְרָא or ראב"ע‎; Arabic: ابن عزرا‎; also known as Abenezra or simply Ibn Ezra, 1089–c.1167 ) was one of the most distinguished Jewish biblical commentators and philosophers of the Middle Ages. He was born in Tudela, Navarre, northern Spain, one of the oldest and most important Jewish communities in Navarre, but the location of his death is uncertain: and for long it had been assumed that he died at Calahorra. ... more on Wikipedia

Abraham ibn Ezra IS LISTED ON