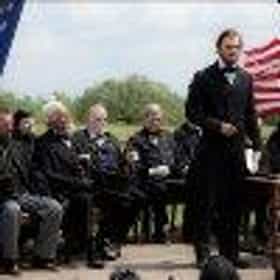 Abraham Lincoln: Vampire Hunter is a 2012 American dark fantasy action horror film directed by Timur Bekmambetov, based on the 2010 mashup novel of the same name. The novel's author, Seth Grahame-Smith, wrote the screenplay with Simon Kinberg. Benjamin Walker stars as the title character with supporting roles by Dominic Cooper, Anthony Mackie, Mary Elizabeth Winstead, Rufus Sewell, and Marton Csokas. The real-life figure Abraham Lincoln, the 16th President of the United States, is portrayed in the novel and the film as having a secret identity as a vampire hunter. The film was produced by Tim Burton, Bekmambetov and Jim Lemley. Filming began in Louisiana in March 2011 and the film was ... more on Wikipedia