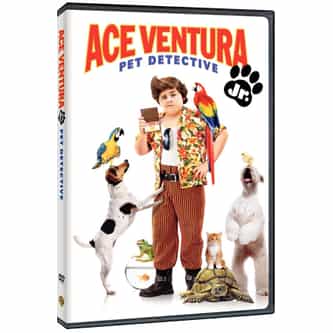 Ace Ventura, Jr.: Pet Detective is a 2009 telefilm, and the third installment in the Ace Ventura film series. It is a direct to video spin-off sequel to the films Ace Ventura: Pet Detective and Ace Ventura: When Nature Calls, although Jim Carrey does not appear in the film. The film began production in Orlando, Florida on September 17, 2007, was directed by David M. Evans and written by Jeff Sank, Jason Heimberg, and Justin Heimberg. ... more on Wikipedia