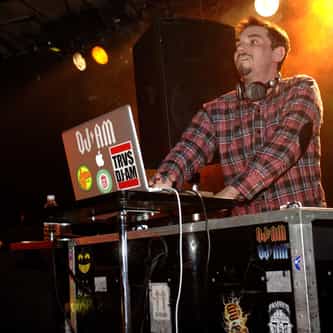 Adam Michael Goldstein (March 30, 1973 – August 28, 2009), known professionally as DJ AM, was an American disc jockey (DJ). Born in Philadelphia, Goldstein became interested in deejaying as a child after watching Herbie Hancock perform his 1983 single "Rockit". Goldstein developed a drug addiction as a teenager and was sent to the controversial rehabilitation center Straight, Incorporated. After he left the center, his drug problems became worse; he was addicted to crack cocaine ... more on Wikipedia

Adam Goldstein IS LISTED ON