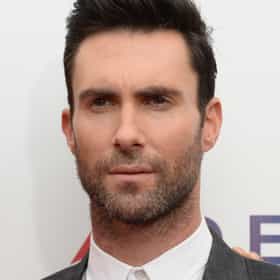 Adam Noah Levine (born March 18, 1979) is an American singer, songwriter, and actor. He is the lead singer for the pop rock band Maroon 5. Born and raised in Los Angeles, California, Levine began his musical career in 1994, when he co-founded the band Kara's Flowers, of which he was the lead vocalist and guitarist. The band split up after their only album, The Fourth World (released in 1997), which did not gain popularity. In 2001, the group was reformed – with guitarist James Valentine joining the line-up – and began a new musical chapter, changing their name to Maroon 5. In 2002, the band released their first album, Songs About Jane, which went multi-platinum in the US. Since then, ... more on Wikipedia

Adam Levine is ranked on...

Adam Levine is also found on...