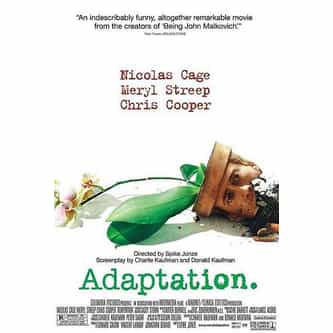 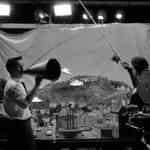 Adaptation is a 2002 American comedy-drama metafilm directed by Spike Jonze and written by Charlie Kaufman. The film is based on Susan Orlean's non-fiction book The Orchid Thief, with numerous self-referential events added. The film stars Nicolas Cage as Charlie and Donald Kaufman, and Meryl Streep as Susan Orlean, Chris Cooper as John Laroche, with Cara Seymour, Brian Cox, Tilda Swinton, Ron Livingston and Maggie Gyllenhaal in supporting roles. Though the film is billed as an adaptation ... more on Wikipedia

Adaptation IS LISTED ON