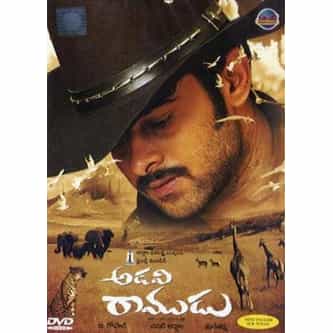 Adavi Ramudu is a 2004 film which was directed by B. Gopal. Prabhas and Aarti Agarwal played the lead roles. Ramya Krishna acted in an item number alongside Prabhas. The movie features the love story between a tribal youth and his childhood sweetheart. This was Prabhas' next movie immediately after the success of Varsham. Upon release it received mostly negative reception from the critics and audience alike and was a disaster at the box-office. It was dubbed into Hindi as The strong man ... more on Wikipedia

Adavi Ramudu IS LISTED ON