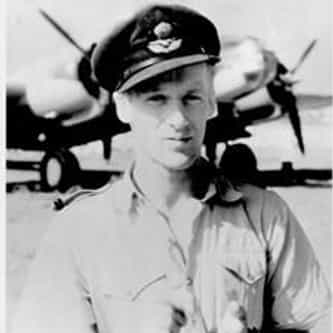 Adrian "Warby" Warburton, and the DFC (United States) (10 March 1918 – 12 April 1944) was a Royal Air Force (RAF) pilot and flying ace of the Second World War. He became legendary in the RAF for his role in the defence of Malta. His life and work has been depicted in the book Warburton's War by Tony Spooner and in the BBC Timewatch documentary The Mystery Of The Missing Ace. A fuller depiction of his life, The Maltese Spitfire, was written by Squadron Leader Harry Coldbeck, with ... more on Wikipedia