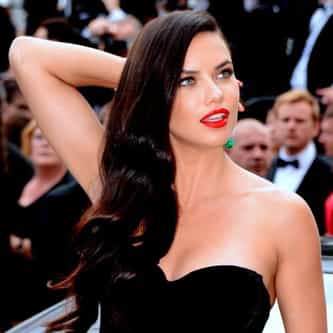 Adriana Lima (Brazilian Portuguese: [adɾiˈãnɐ ˈlimɐ]; born June 12, 1981) is a Brazilian model and actress, best known as a Victoria's Secret Angel from 1999 to 2018. She was their longest-running model and named "the most valuable Victoria's Secret Angel" in 2017. She is also known as a spokesmodel for Maybelline cosmetics since 2003 and for her Super Bowl and Kia Motors commercials. At the age of 15, Lima won Ford's "Supermodel of Brazil" competition, and took ... more on Wikipedia

Adriana Lima IS LISTED ON