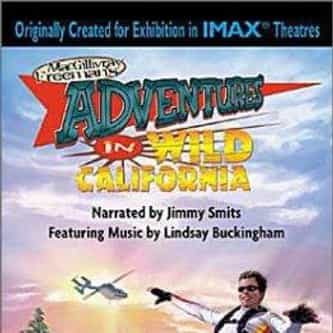 Adventures in Wild California is a 70mm American documentary film showcasing the scenery and extreme sports found in California. It is narrated by Golden Globe-winning actor Jimmy Smits and was released to IMAX theaters in 2000. The film is directed by Academy Award-nominated director and cinematographer Greg MacGillivray. California's geography and culture - which the film asserts inspires people to take chances, is the focus of the documentary. Extreme sports such as sky diving and ... more on Wikipedia

Adventures in Wild California IS LISTED ON