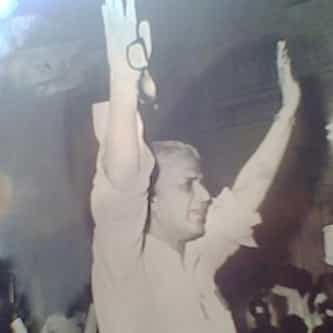 Agha Shorish Kashmiri was a scholar, writer, debater, and leader of the Majlis-e-Ahrar-e-Islam party. He was a figure of the freedom movement of undivided India, as well as the chief editor of the weekly Chattan. Kashmiri started his political career in 1935 when he delivered a historical speech at the Shaheed Ganj Mosque conference, during the presidency of Zafar Ali Khan. He was a student of Zafar Ali Khan, but was disappointed by the violence at the Shaheed Ganj Mosque in 1935. Kashmiri ... more on Wikipedia