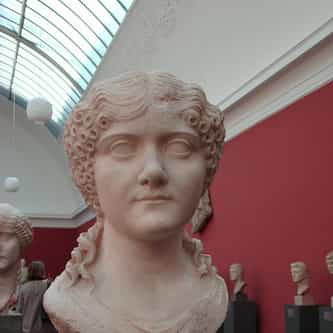 Agrippina the Younger (Latin: Julia Agrippina; 6 November AD 15 – 23 March AD 59), also referred to as Agrippina Minor ("smaller", often used to mean "younger") was a Roman empress and one of the more prominent women in the Julio-Claudian dynasty. Her father was Germanicus, a popular general and one-time heir apparent to the Roman Empire under Tiberius; and her mother was Agrippina the Elder, a granddaughter of the first Roman emperor Augustus. She was also the younger ... more on Wikipedia

Agrippina the Younger IS LISTED ON