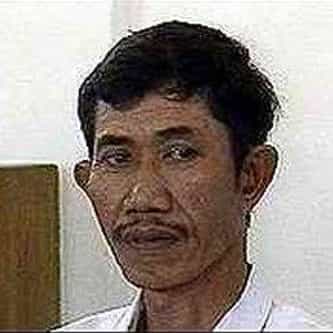 Ahmad Suradji (12 December 1952 – 10 July 2008), also known as Nasib Kelewang and Datuk Maringgi, was an Indonesian serial killer who admitted to murdering 42 girls and women between 1986 and 1997. Suradji's victims, ranging in age between 11 and 30, were strangled after being buried in the ground up to their waists as part of a ritual. He buried his victims in a sugarcane plantation near his home, with their heads facing his house, which he believed would give him extra power. ... more on Wikipedia

Ahmad Suradji IS LISTED ON