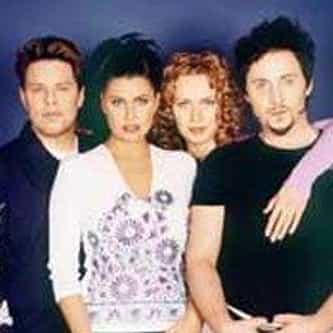 Aikakone was a Finnish pop music group active in 1995–1998 and shortly in 2001 and 2003 as Aika. In 2003 they changed their name back to Aikakone and had their last concert. Their debut album Tähtikaaren taa sold triple platinum in Finland, the successor Toiseen maailmaan double platinum, the band's third album Maa platinum and fourth Hear Me Now gold. Aikakone was awarded the Newcomer of the Year Emma award in 1995. They were also selected the best band of the year 1995 in a vote on ... more on Wikipedia