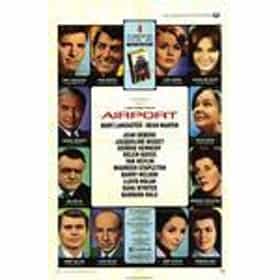 Airport is a 1970 American drama film starring Burt Lancaster and Dean Martin, directed and written by George Seaton, and based on Arthur Hailey's 1968 novel of the same name. It originated the 1970s disaster film genre, establishing the convention of "microcosmic melodrama combined with catastrophe-oriented adventure". Produced on a $10 million budget, it earned nearly $100 million,. It is about an airport manager trying to keep his airport open during a snow storm. ... more on Wikipedia

Airport is ranked on...

Airport is also found on...